In total, there were 408 registrants from 29 countries.
We assumed that East Asia or Southeast Asia would be the target area due to the time difference. However, there were participants from Europe and Africa even though there are time difference for about 8 hours. We felt that the recognition of the webinar has increased internationally.

Session 1 was “Resource related factors in ablation” by Professor Shiina.
Similarly to the lecture of the 1st part of the 5th Japan Ablation Webinar, world-class treatment technology and equipment were introduced.

Session 2 was “Precise ablation for tumors at risky location” by Dr. Chiang Ming Feng of Taiwan. 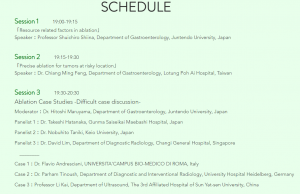 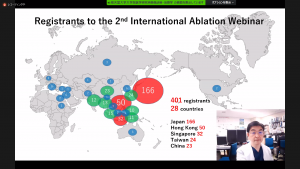 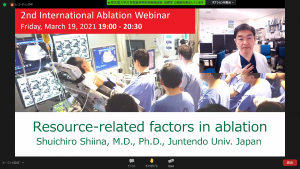 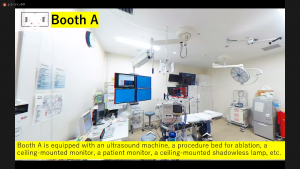 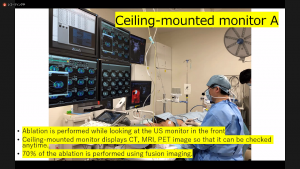 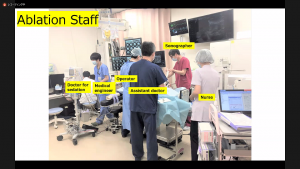 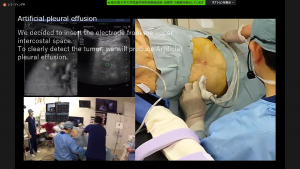 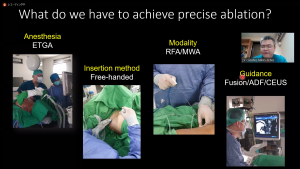 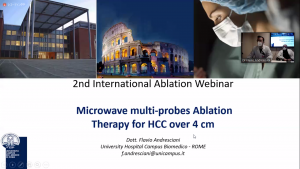 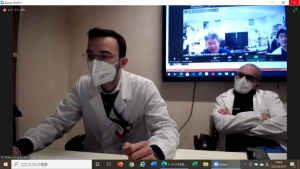 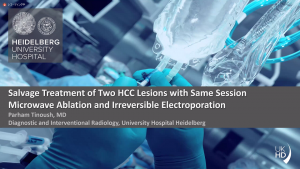 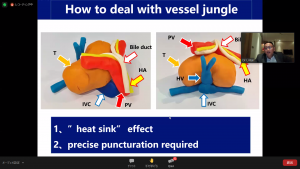 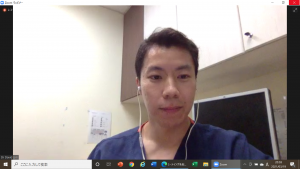 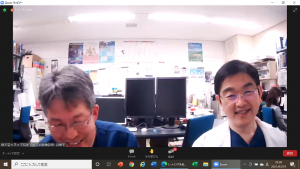